Welcome to the official website of Jonathan Moore, award-winning actor, director and writer

From here you can read all about Jonathan's work in theatre, opera, film and television.

There are reviews for his acting, directing and writing achievements, as well as his showreels and a complete credit listing.

He has been on the front cover of Time Out, had a Who's Who listing since 2007, is on the Artistic Advisory Committee of the Royal Academy Of Dramatic Art, he was invited to speak at the Oxford University Union, The London School of Economics, was a keynote speaker at The National Opera Centre in New York, interviewed by the New York Times and has been on several prestigious arts programmes on BBC TV and Radio.

Jonathan recently directed the World Premiere of "The Invention Of Morel" music by Stewart Copeland, with whom Jonathan has also co written the Libretto.

He recently directed the hit show, "Savage Winter" at BAM in New York.

He also directed the revival of the opera he wrote with Stewart Copeland, "The Invention of Morel" for Long Beach Opera, the premiere being at Chicago Opera Theater.

Both productions played to ecstatic audiences and excellent reviews.

A brief selection of previous reviews/comments

“Jonathan Moore is a brilliant writer. I am very impressed.”

"Jonathan is one of the most extraordinary and talented artists I have ever worked with. It is extremely rare to encounter someone who is equally at ease and impressive as writer, director and actor. To all these Jonathan brings his unique passion, technical skill, sensitivity, moral and human insight and humour."

"A brilliant production by Jonathan Moore, a great collaborator."

"Although Jonathan Moore is also a startling director and actor, it is a thrill to see him back as a dramatist and with a play as powerfully written, psychologically astute and spiritually nuanced as Inigo.”

"Here was a play which introduced us to a generation."

"A writer and director of real genius."

"Jonathan Moore is one of the most outstanding talents I have worked with. His many remarkable talents are indeed special and rare to find in one person."

"A profound writer and director."

"Jonathan Moore is a very talented and creative person, an original and outstanding director. He is a good man. I recommend him as someone with an outstanding talent and good nature."

"The Johnny Rotten of the British Theatre.”

"Jonathan Moore was just at BAM with his production of Savage Winter which, in my opinion, was the most successful use of the Fishman stage that I’ve seen, and the show was intense and raw and a favorite of the festival."

"A masterly production by Jonathan Moore."

"If plays at the theatre were more like this, I would go more often." (on "Revenger's Tragedy")

"The involvement of Jonathan Moore always brings the promise of an original production."

"Jonathan Moore is an artist of the highest rank."

"One of the most powerful, original and talented creative artists of his generation."

"Jonathan Moore is an artist of outstanding ability."

"A power of feeling rare in contemporary writing."

"The best director on the planet... a genius."

"A fine performance from Jonathan Moore. He expertly keeps the audience in his hand."

"The most exciting new opera London has seen for years... Moore's production is direct, spectacular, inescapable."

Moore’s alienating, darkly comic version (of “Revenger’s Tragedy”) produced an unsettling drama...the Duchess’ cubs played an impromptu game of football with a head while humming the theme tune to “Match of the Day”. 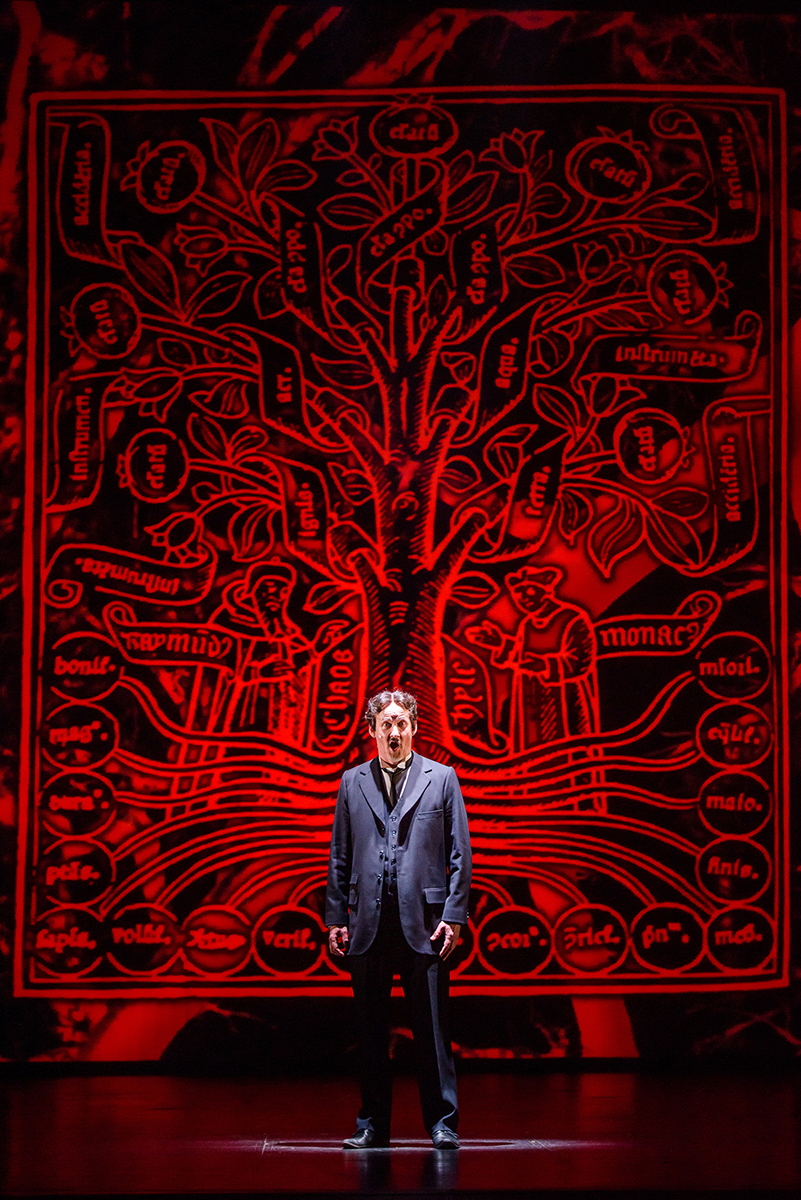 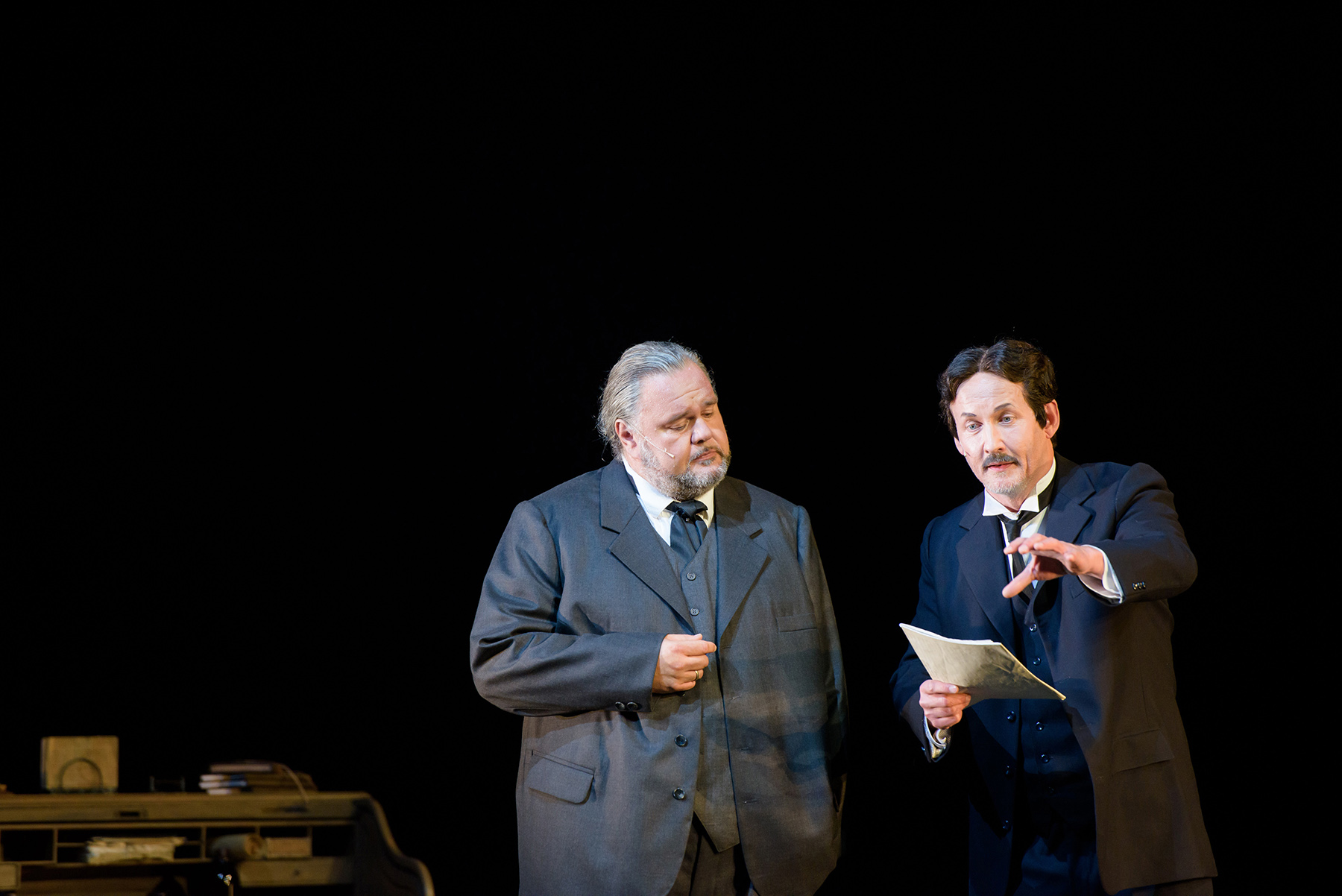 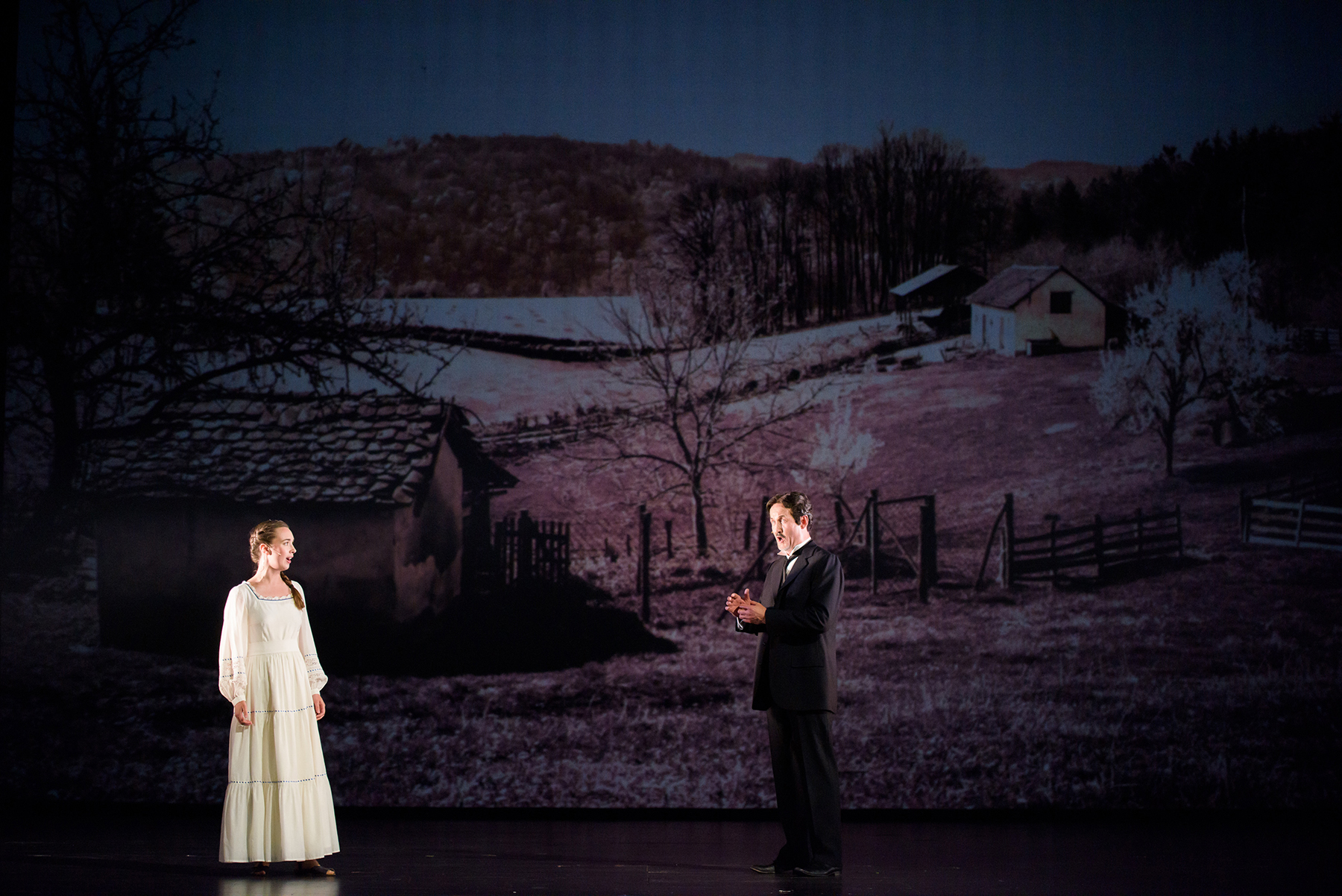 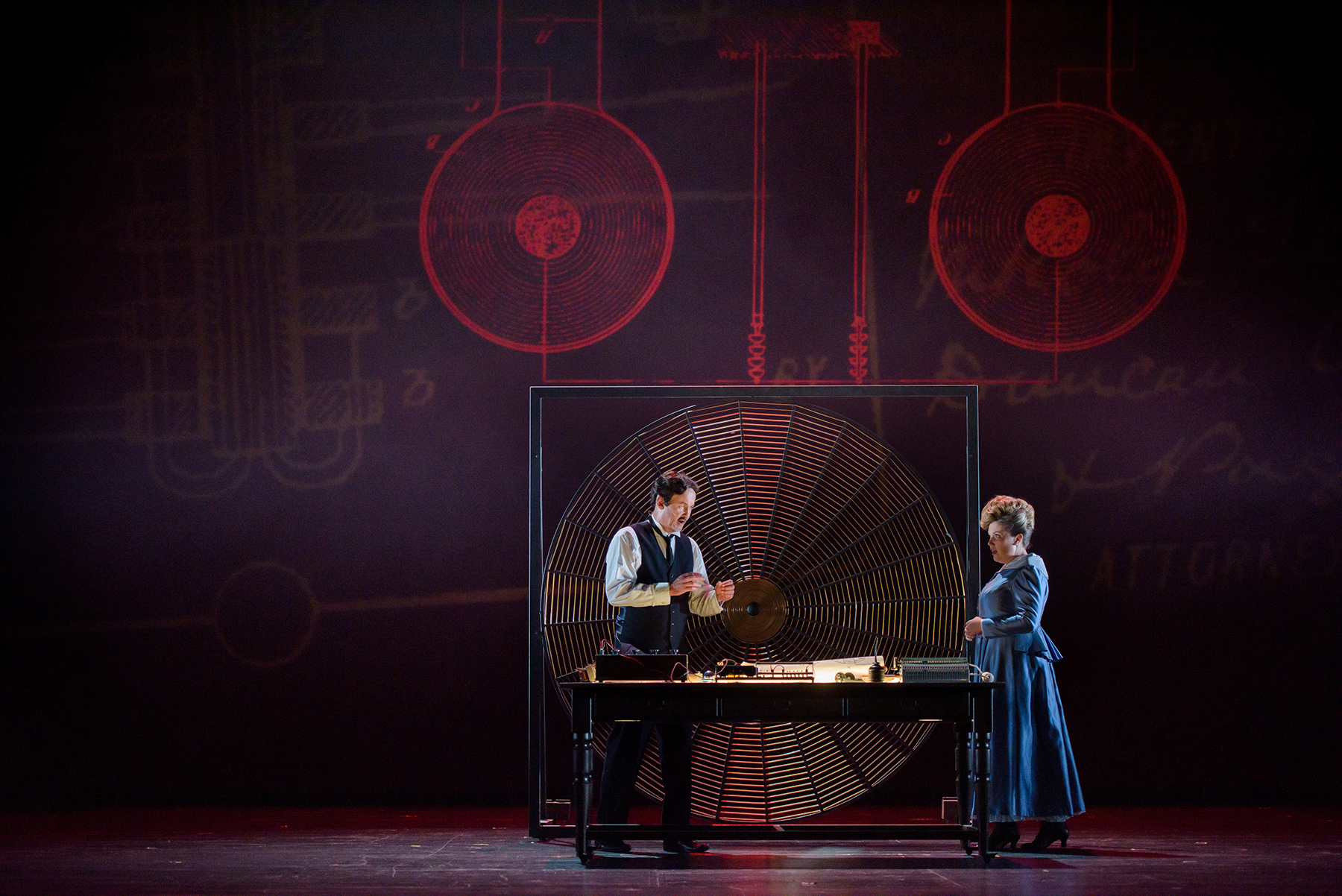 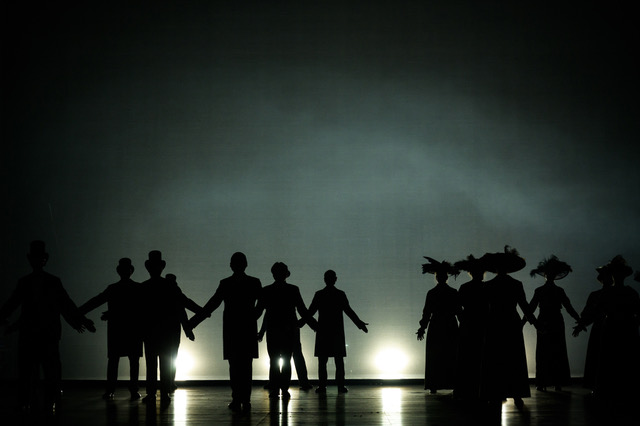 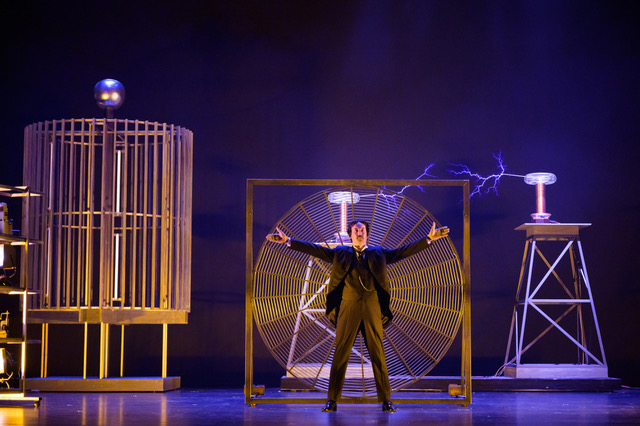 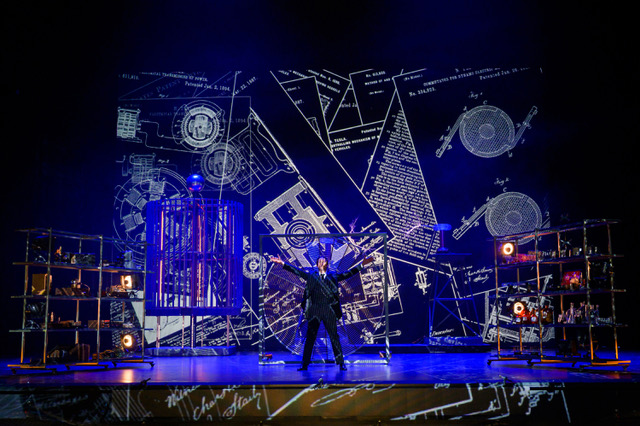 Deutsche Buhne, ( German Theatre.) The oldest and among the most respected theatre journals in Germany. 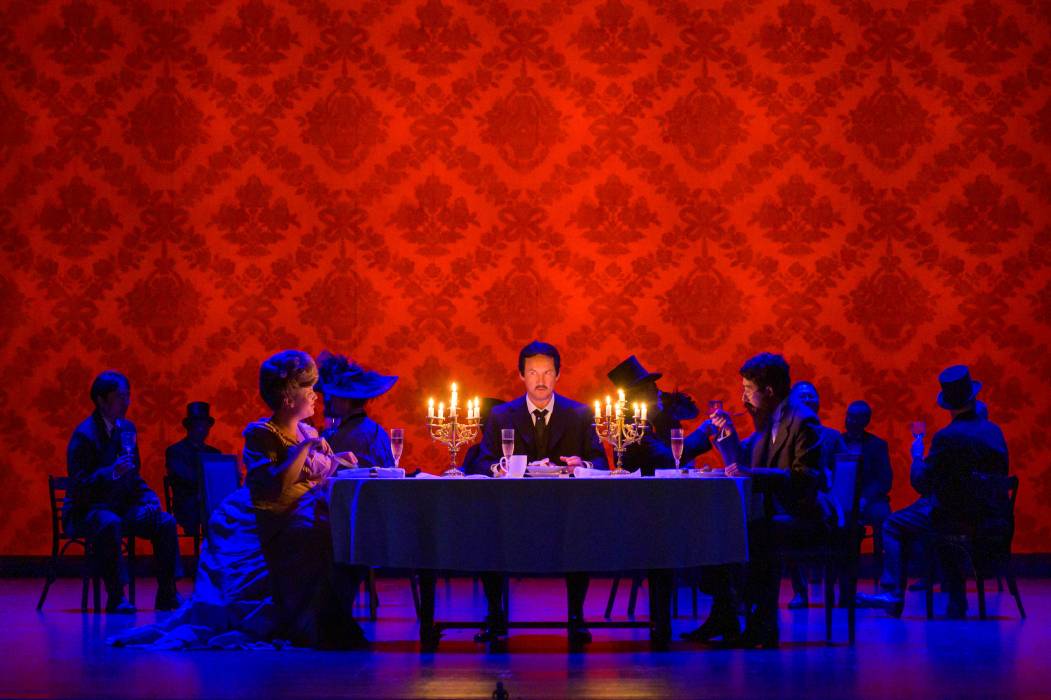 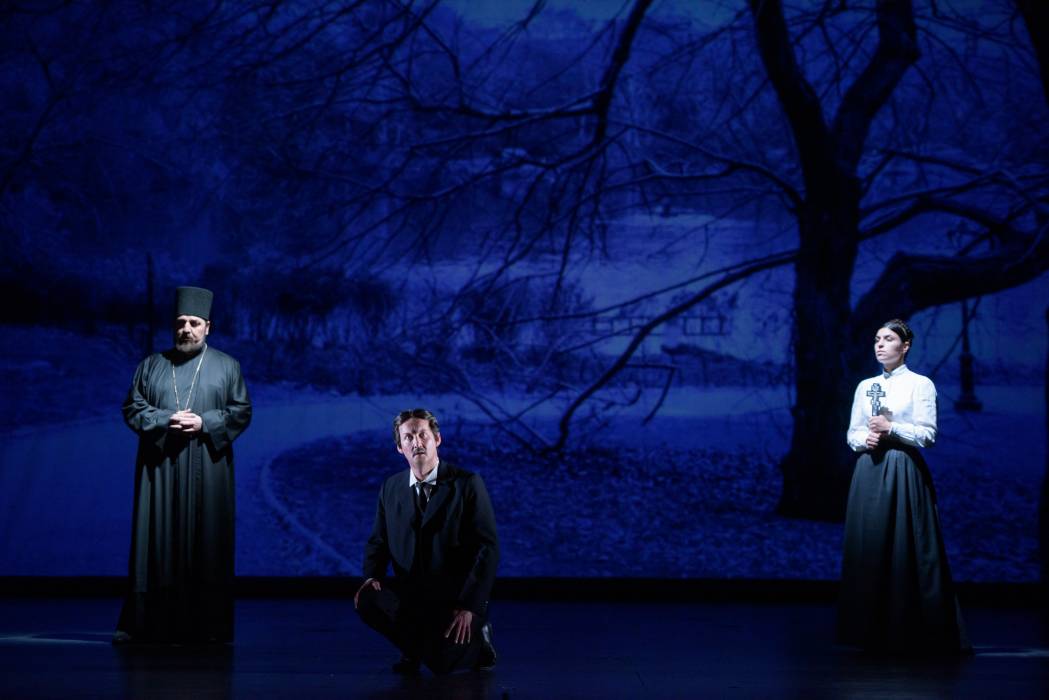 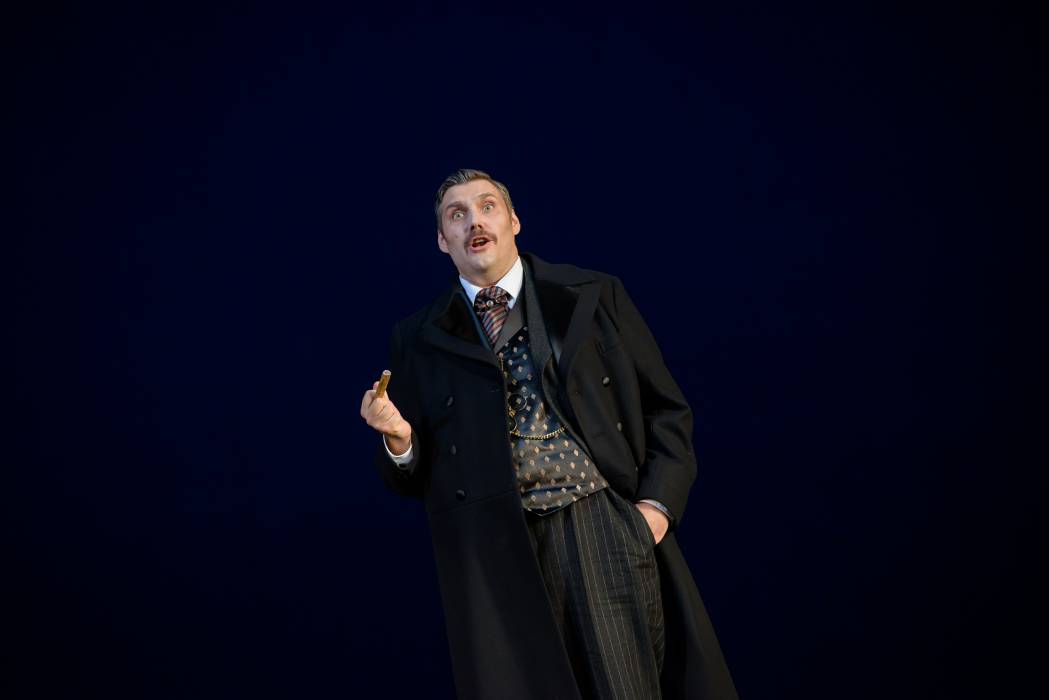 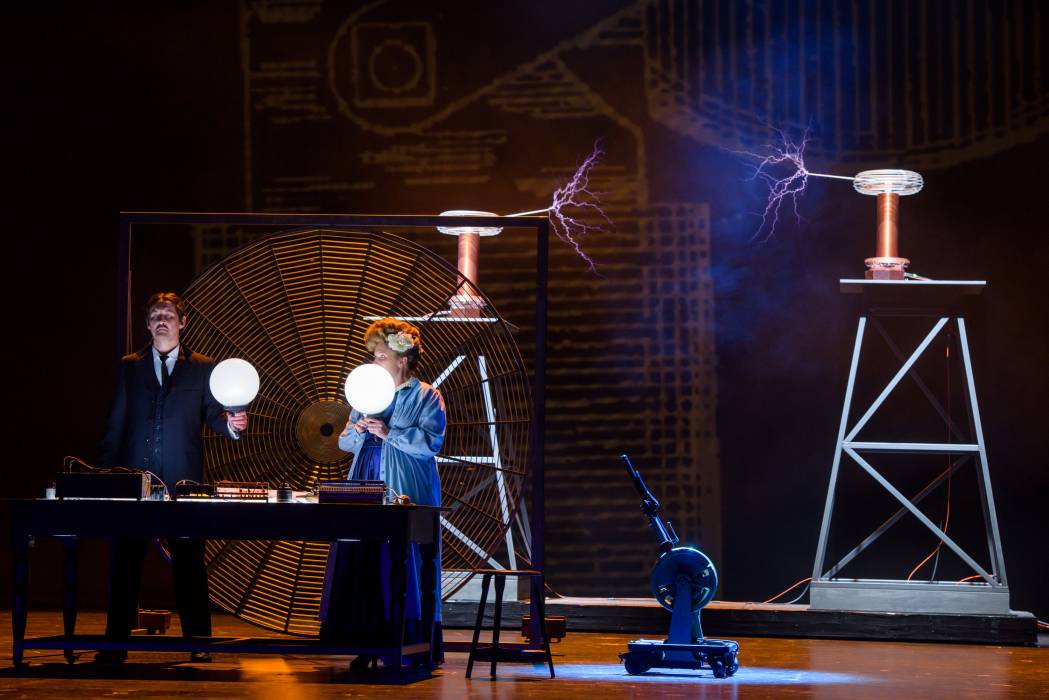 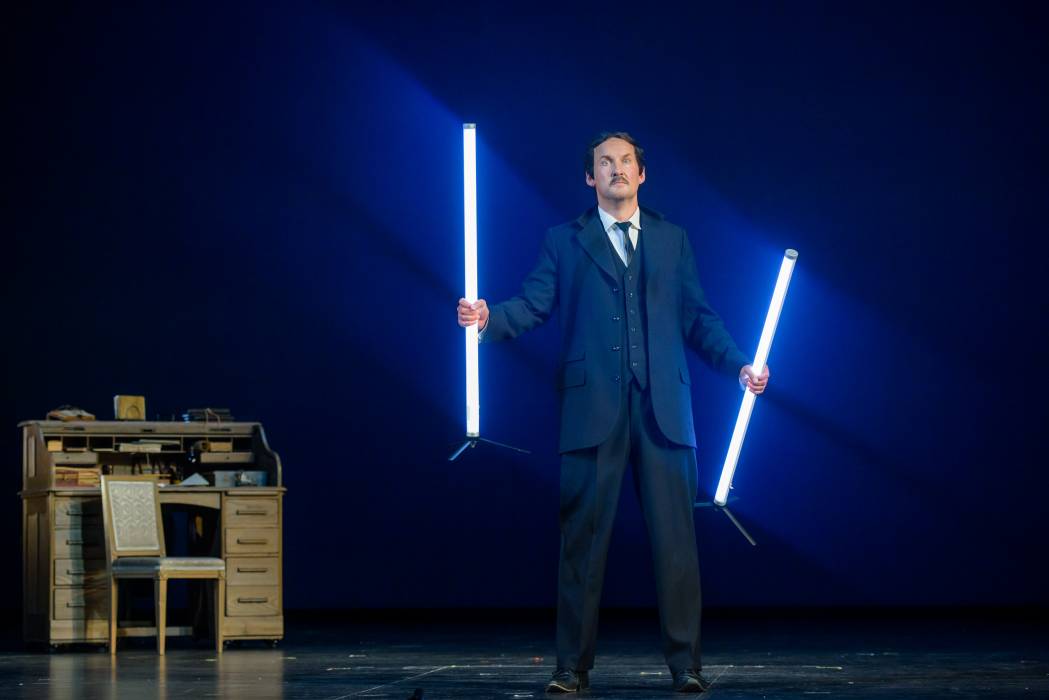 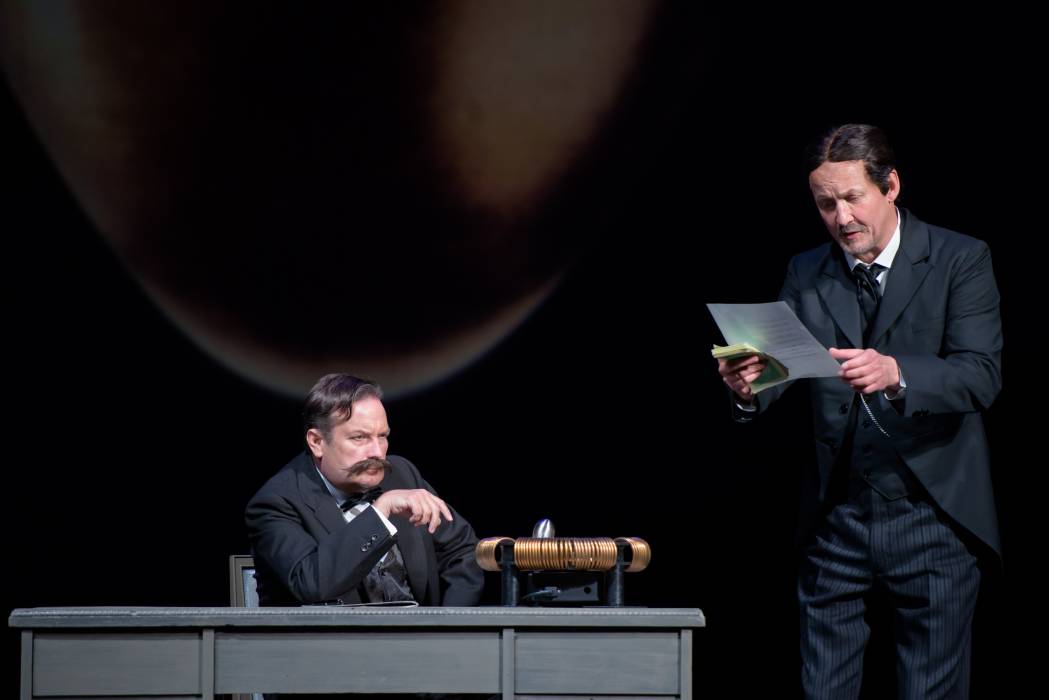 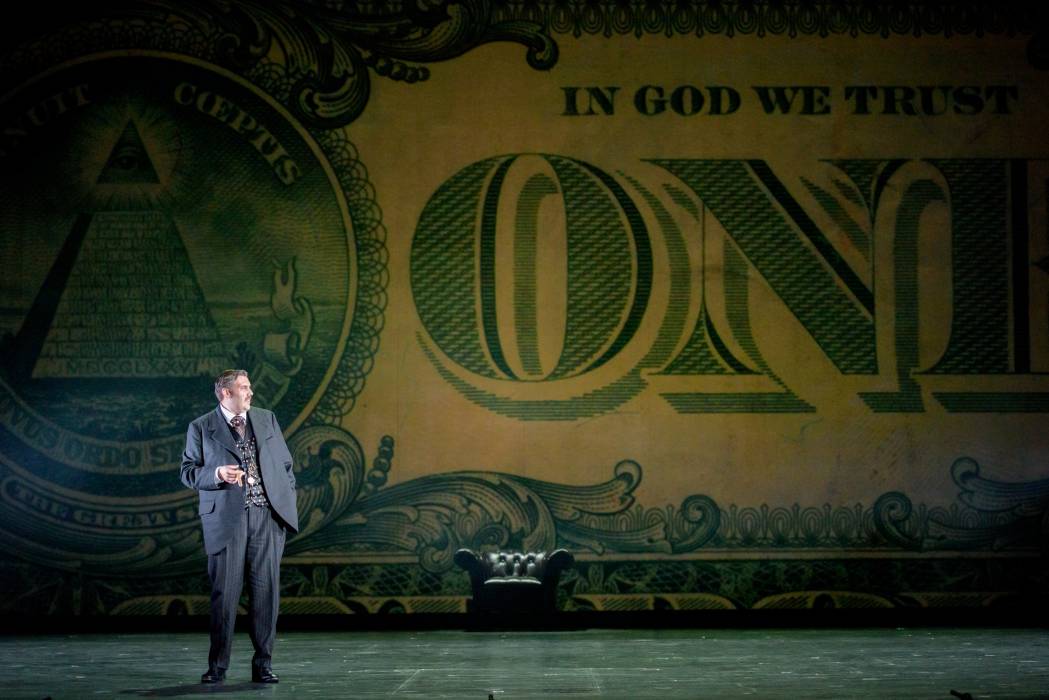 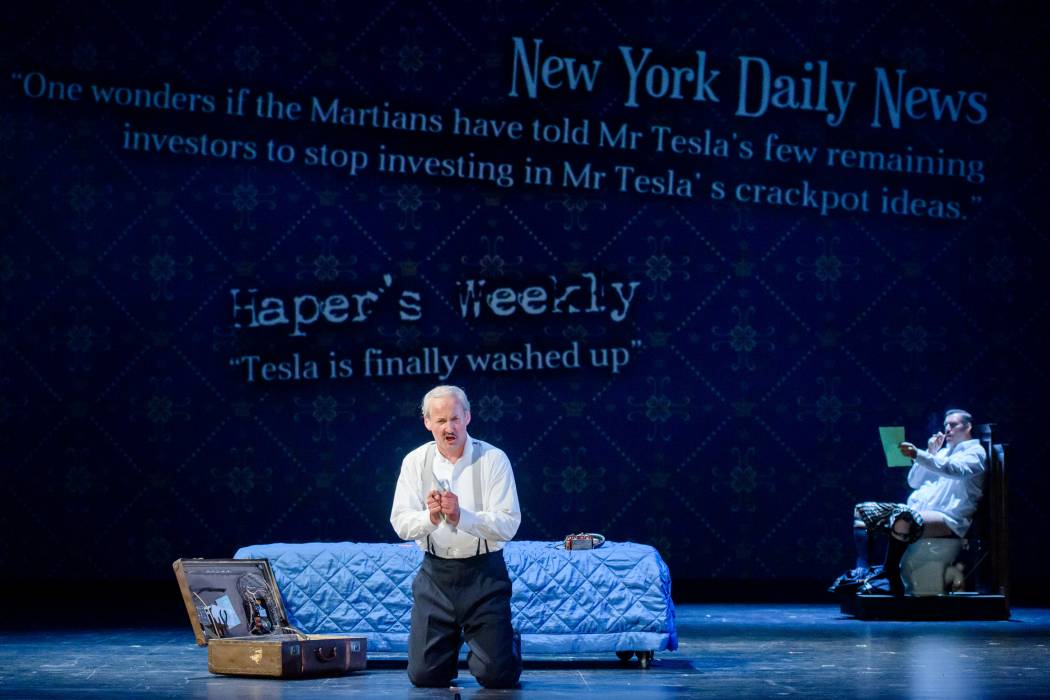 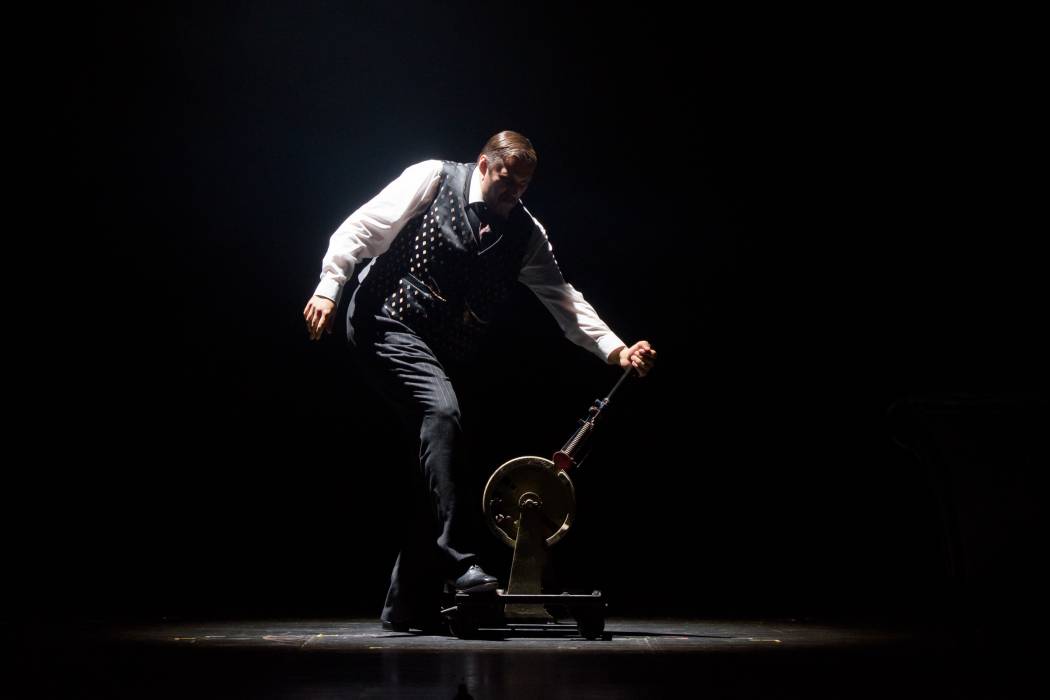 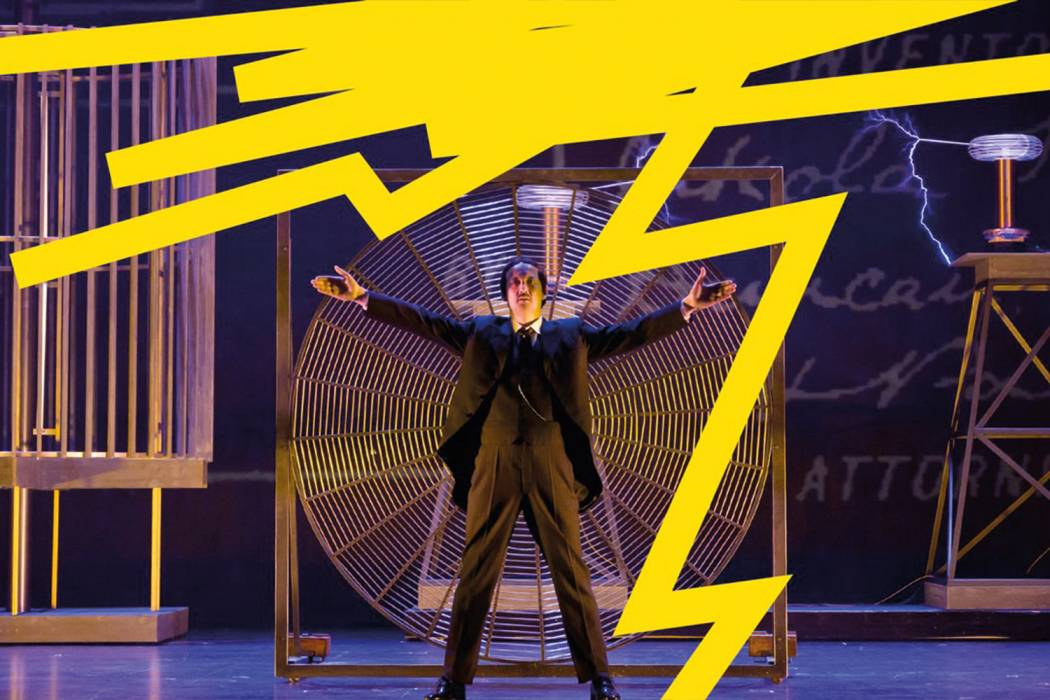 An opera by Stewart Copeland, libretto by and directed by Jonathan Moore

ELECTRIC SAINT takes the audience into the life of Nikola Tesla, highlighting the fierce rivalry between him and his fellow inventor and competitor Thomas Edison - both pioneers of electrical engineering, but with diametrically opposed life philosophies.

Check out the BBC Sounds player at https://www.bbc.co.uk/sounds/play/b05wn7s9.

Jonathan can be heard speaking from around 1 hour 7 minutes to 1 hour 20 minutes. 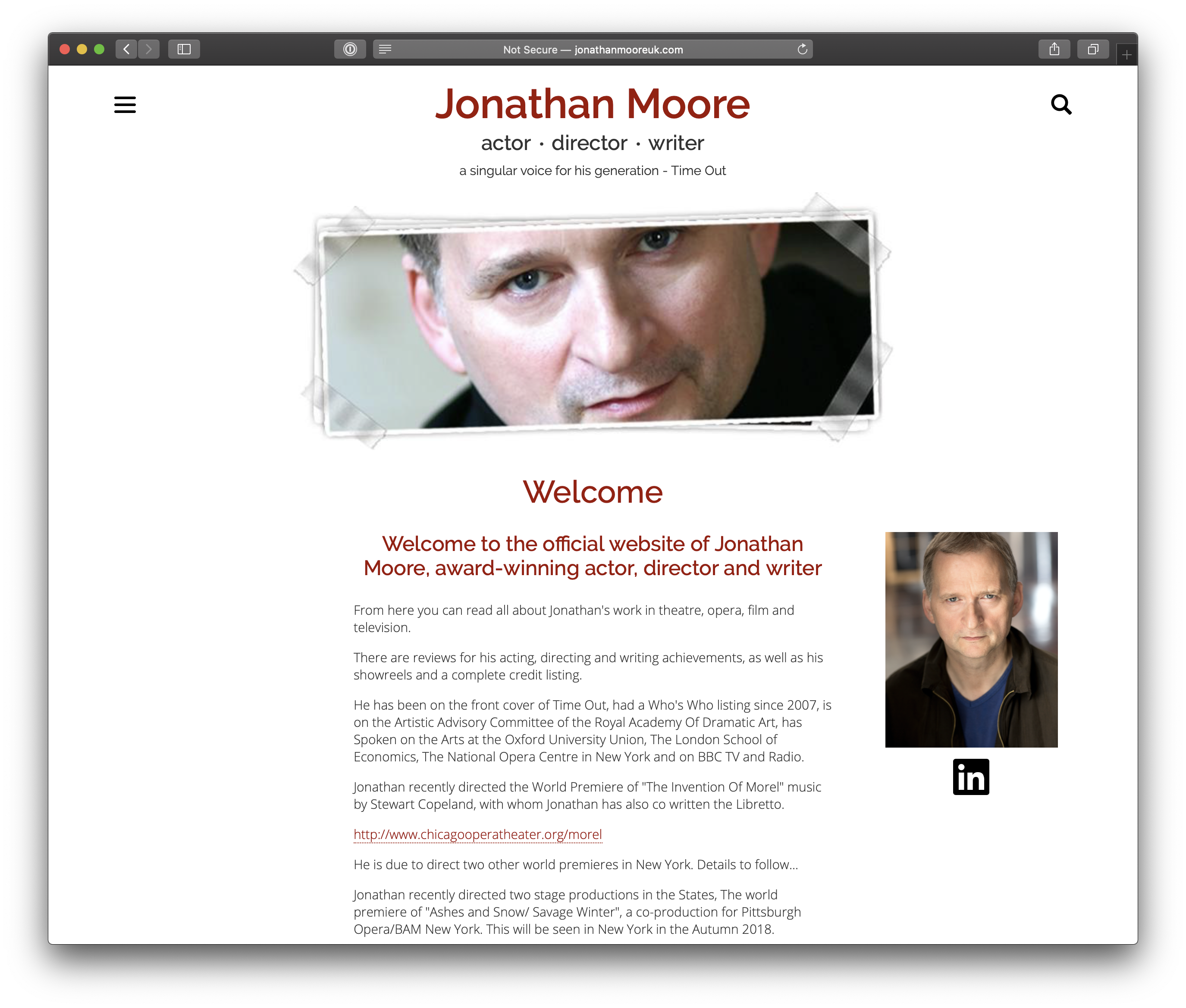 Jonathan's new website is now live! Keep checking back for the latest news and videos. 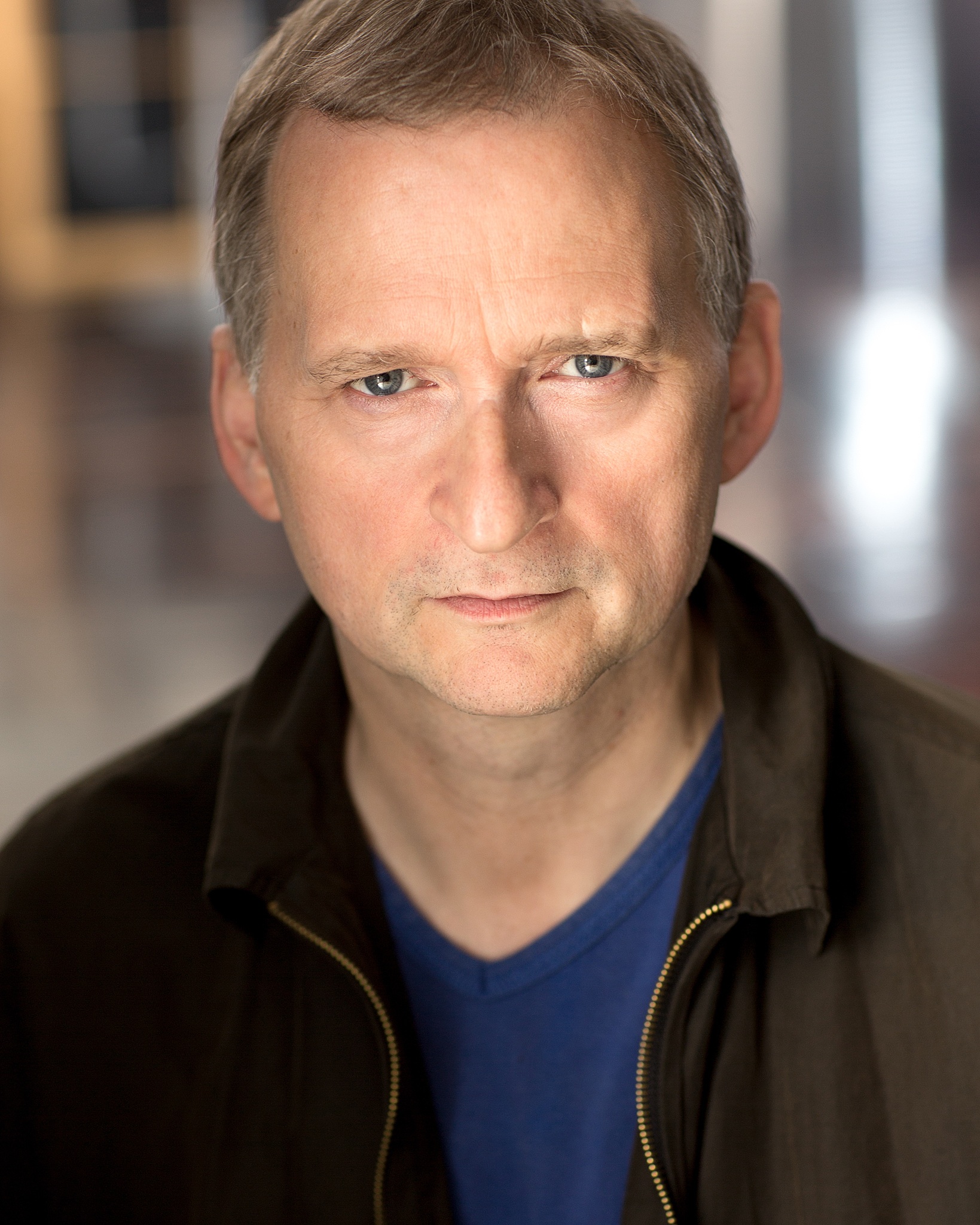