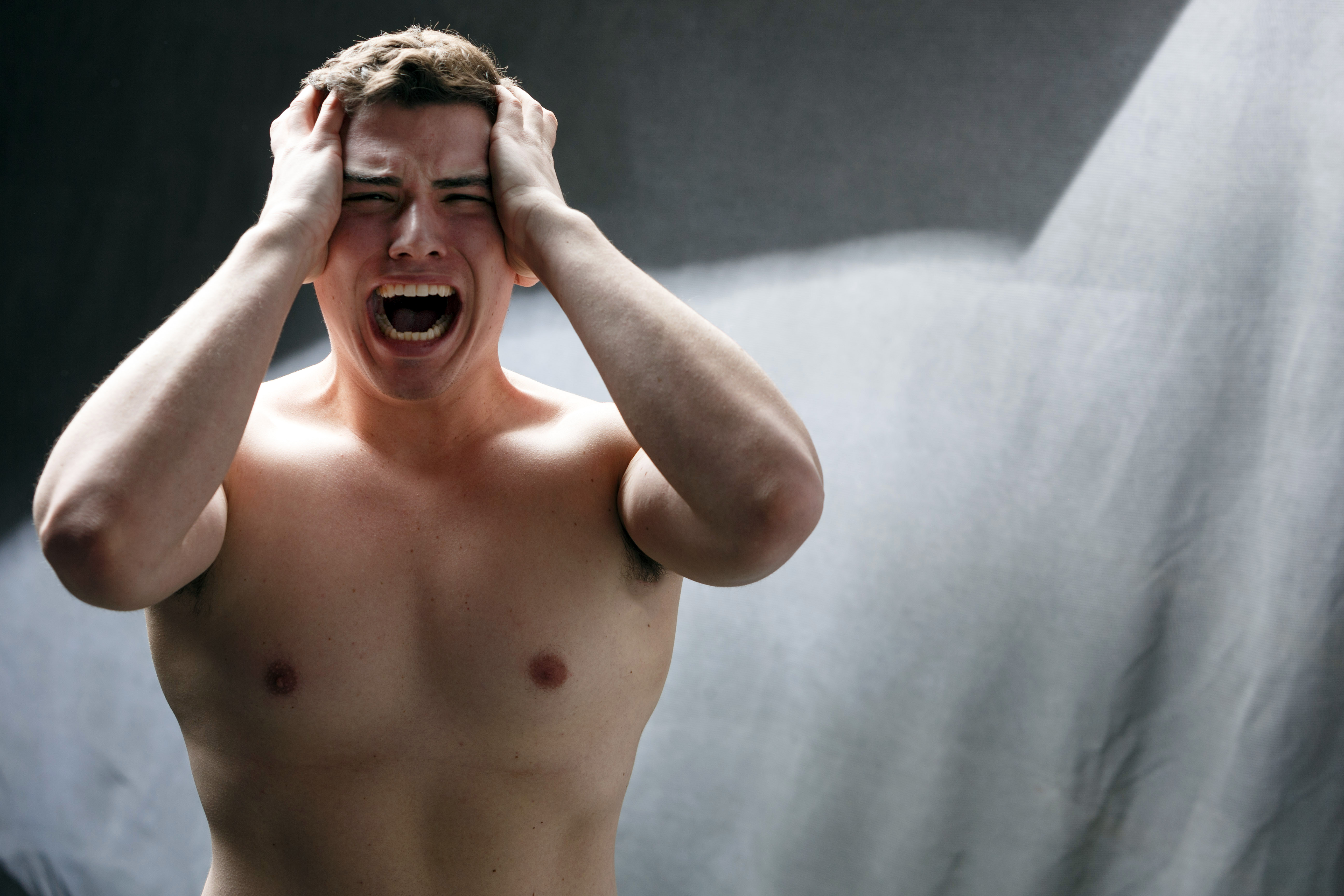 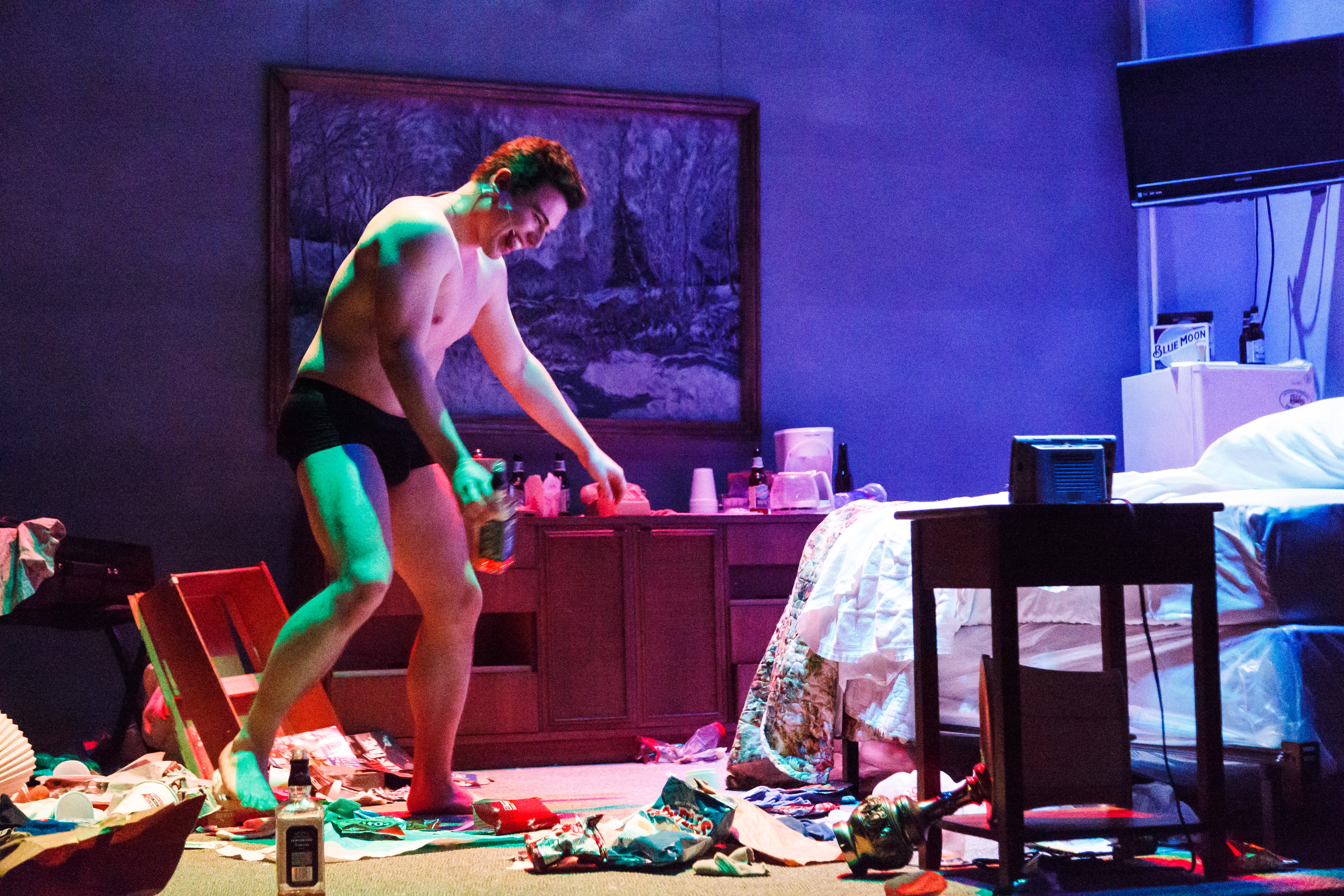 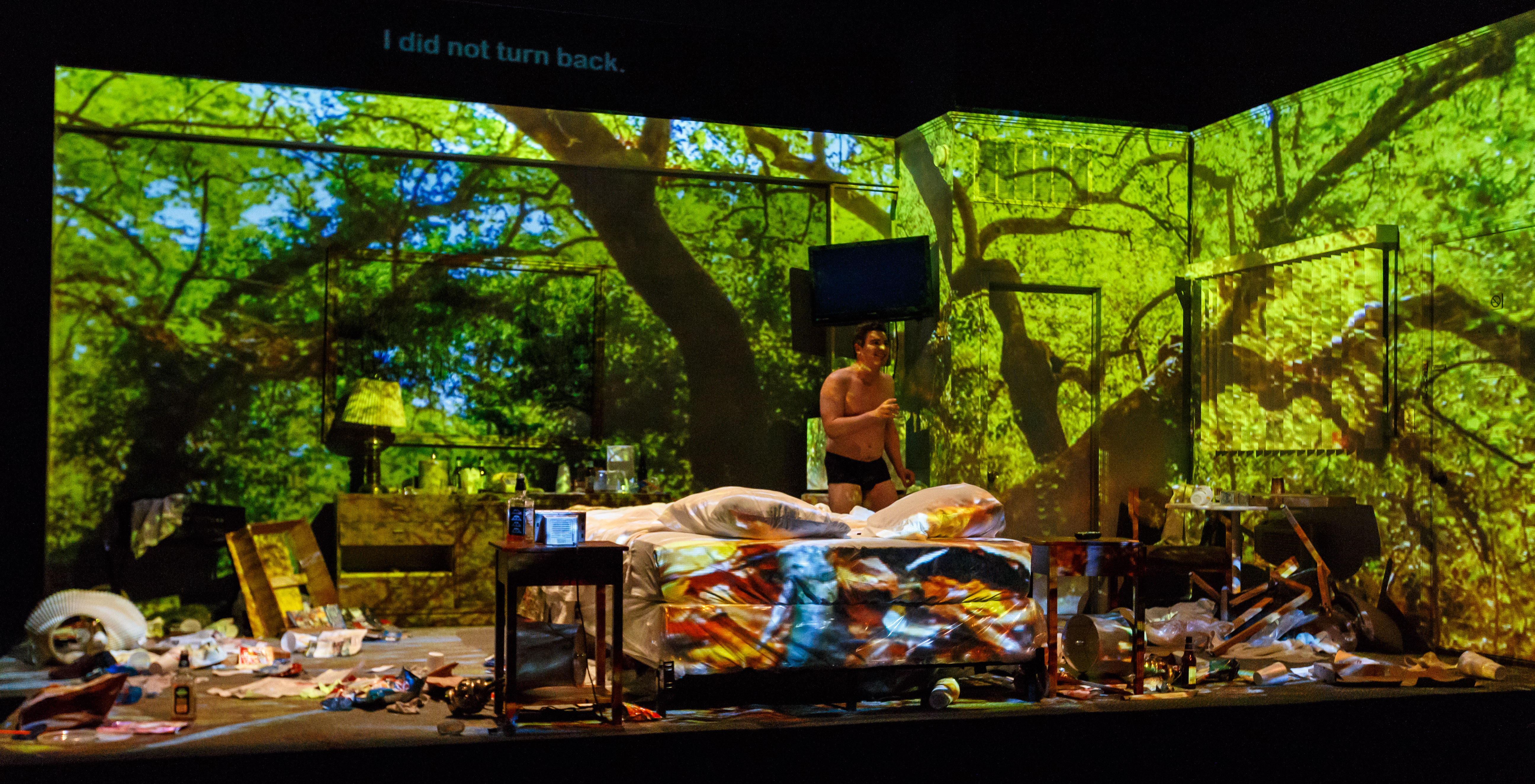 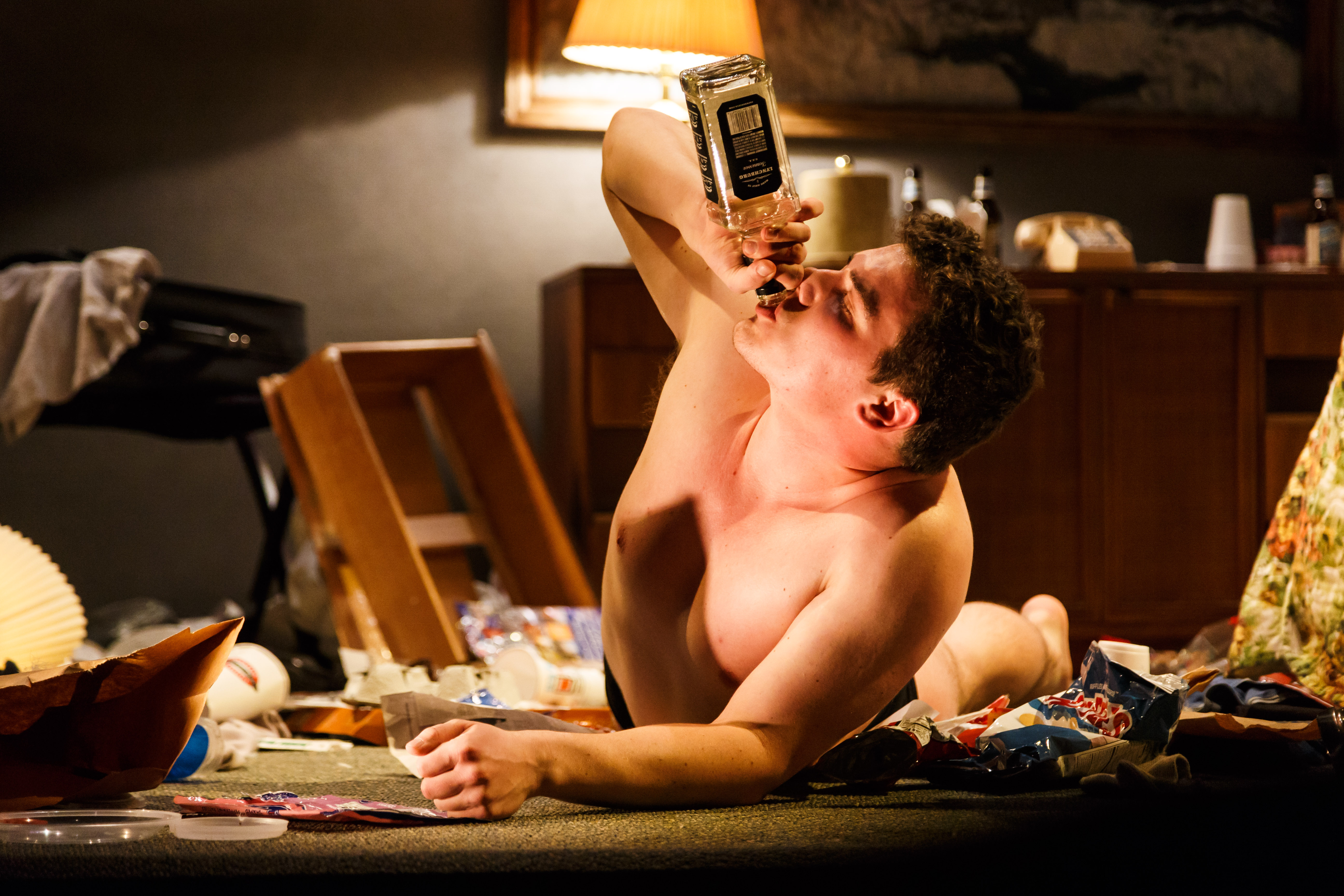 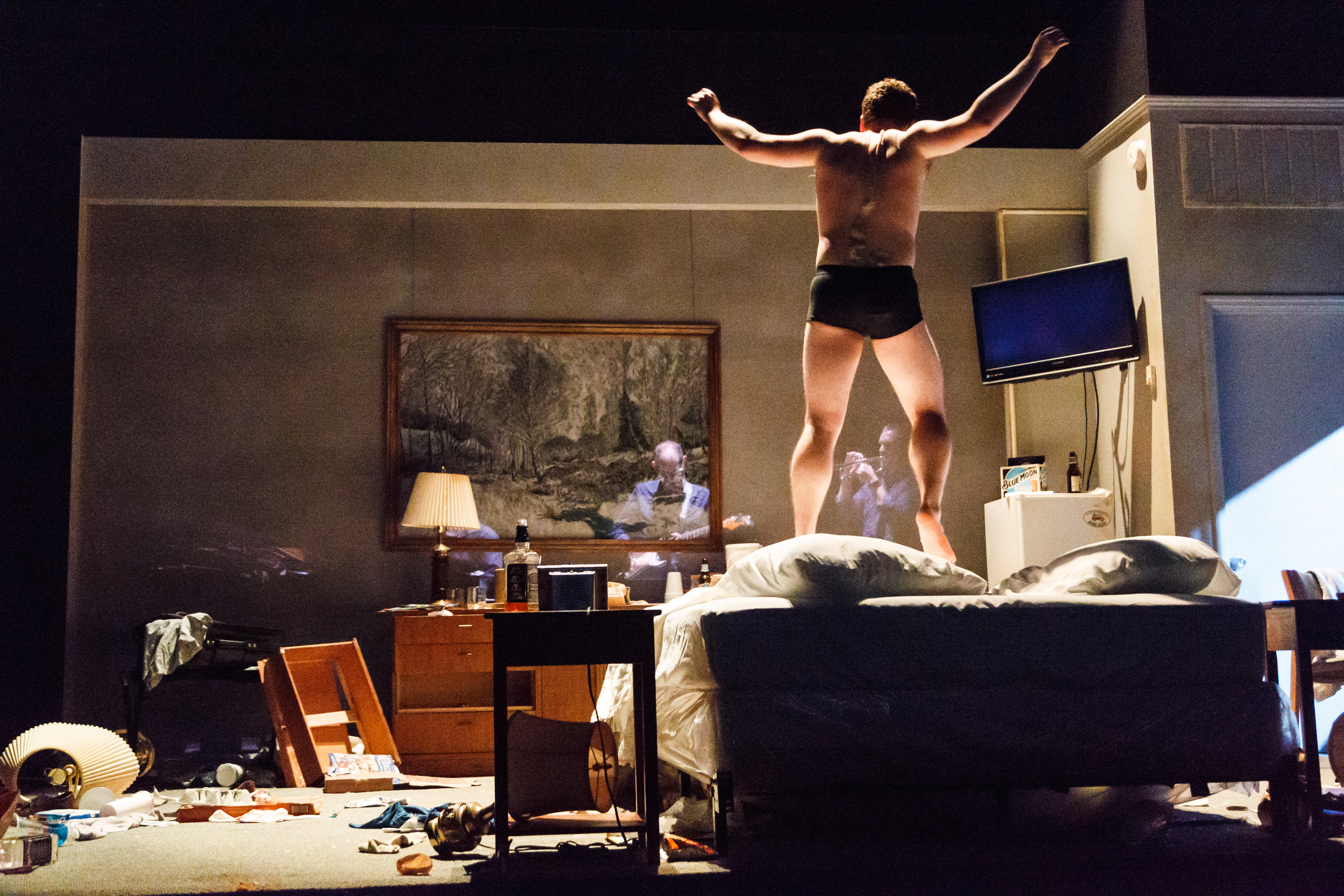 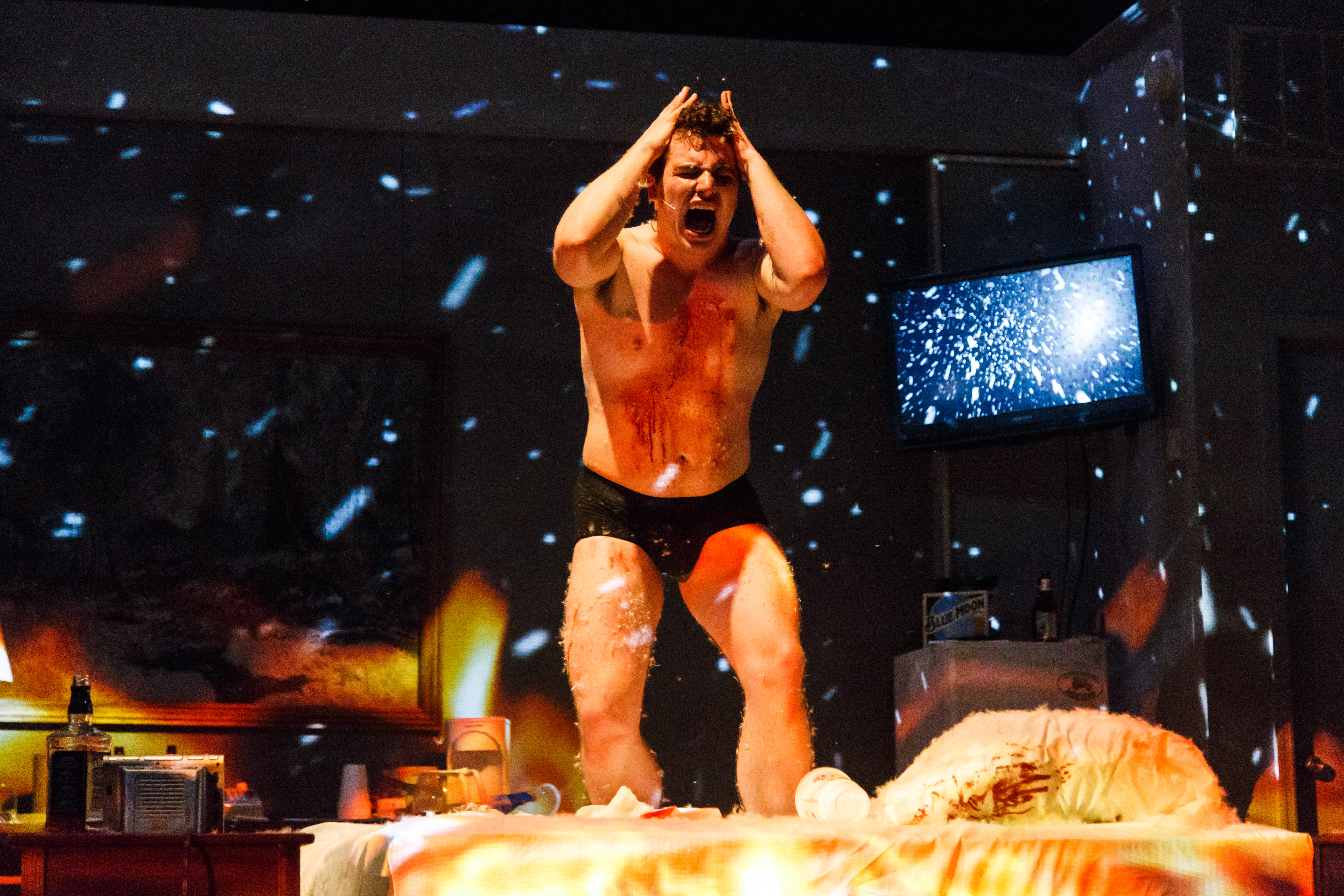 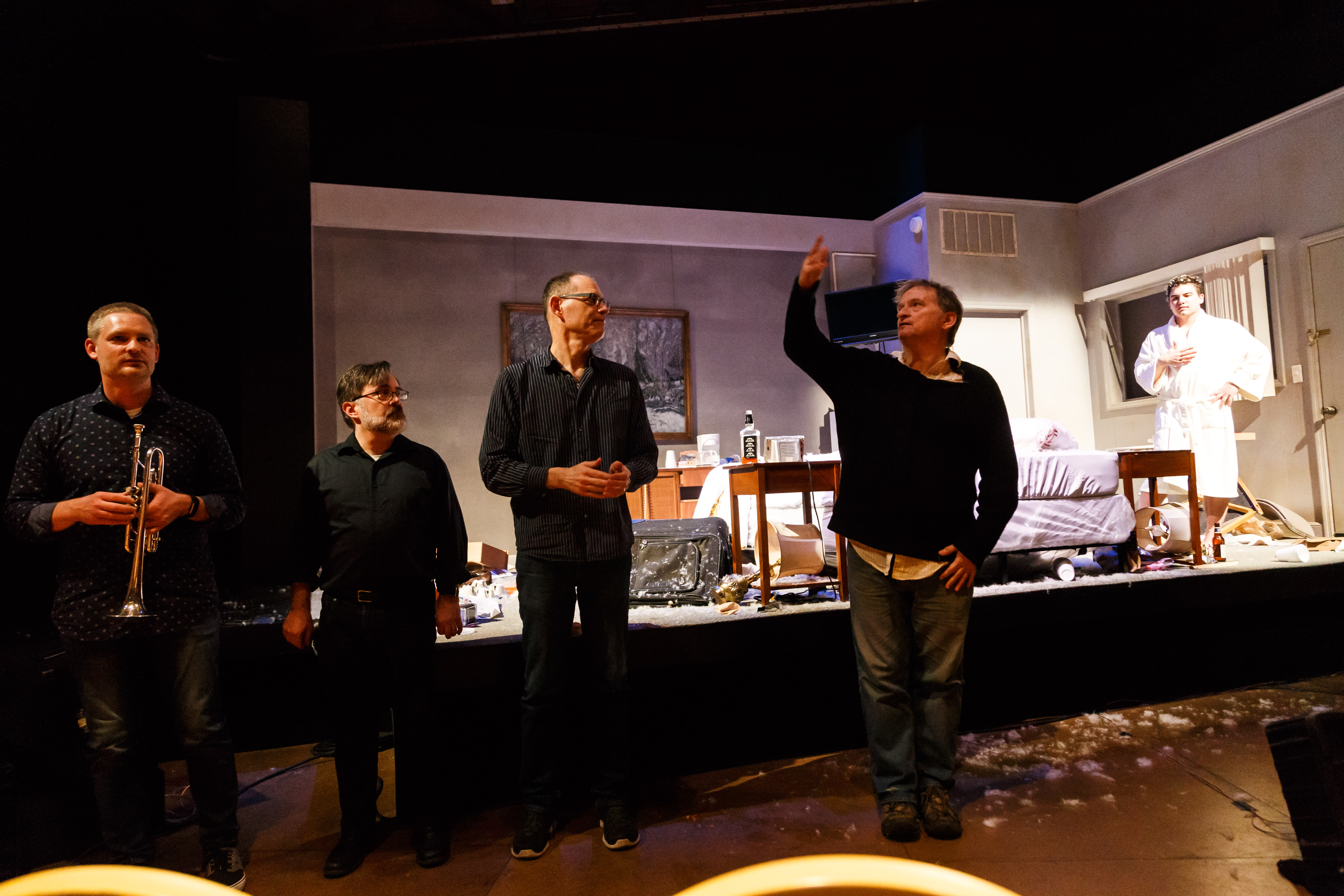 There is no turning back from a visceral experience with such a stark beginning.

A more fitting set for a man confronting his demons could scarcely be imagined. A motel room is trashed in every sense of the word. Liquor and beer bottles, some empty, some not, are everywhere; take-out and fast food trash is sprawled amidst tipped over lamps and drawers pulled from the slides of a dresser. Clever projections heighten the man's mostly dark moods, and in a spot or two seem like his hallucinations.

In many respects, the work offers something for all lovers of music, and the remaining performances are deserving of capacity audiences.

The audience was with him throughout, maintaining the art song recital gatherings' tradition of total silence until the final note faded away - then burst into hearty applause, cheers and whistles.

Pittsburgh in the Round

Director Jonathan Moore makes his Pittsburgh Opera debut with this production. "Ashes & Snow" is episodic, alternating between angst and nostalgia. It isn't a comfortable experience -- it's not supposed to be.

The chamber opera takes place without intermission in a single ransacked room, packed with the detritus of a desperate, forsaken man. Half empty beer and liquor bottles on every surface, garbage and soiled clothes are strewn about the room, itself reminiscent of any nondescript highway motel room.

The unnamed protagonist, tenor and resident artist Eric Ferring, is lit ingeniously throughout by overturned lamps. Images project onto the walls behind Mr. Ferring at times, giving the illusion of departure from that sordid space to forest settings or a dreamscape.

The opera is most effective in its more reflective moments of rage and reminiscence ... the grittier stage effects (including projectile vomit).

The physical acting... was entirely convincing from the naked...silent scream of his opening moments to the furious rending of his pillows and the ambiguous finale.

The bold staging by Jonathan Moore animated the story with visceral impact, while tenor Eric Ferring gave a tour de force performance as the unnamed protagonist. The audience burst into applause and cheering at the end as the lighting fell to darkness.