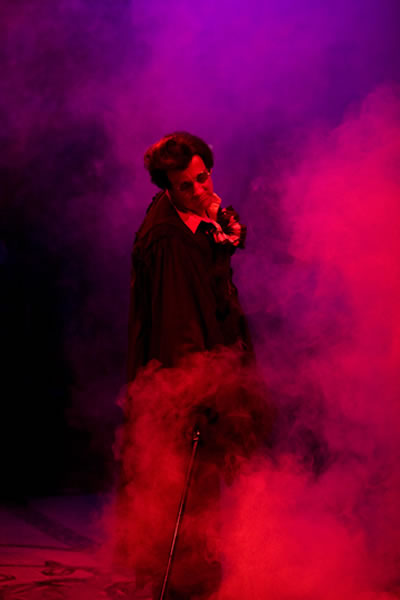 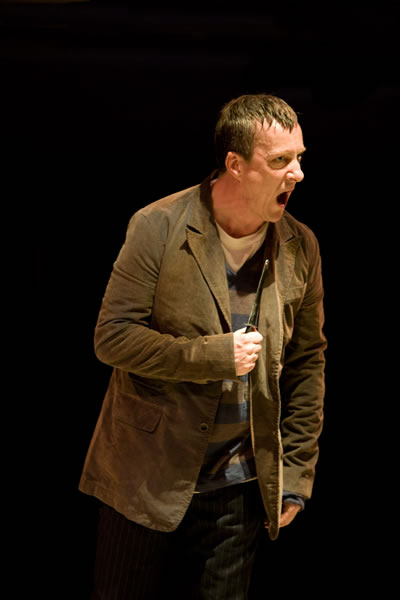 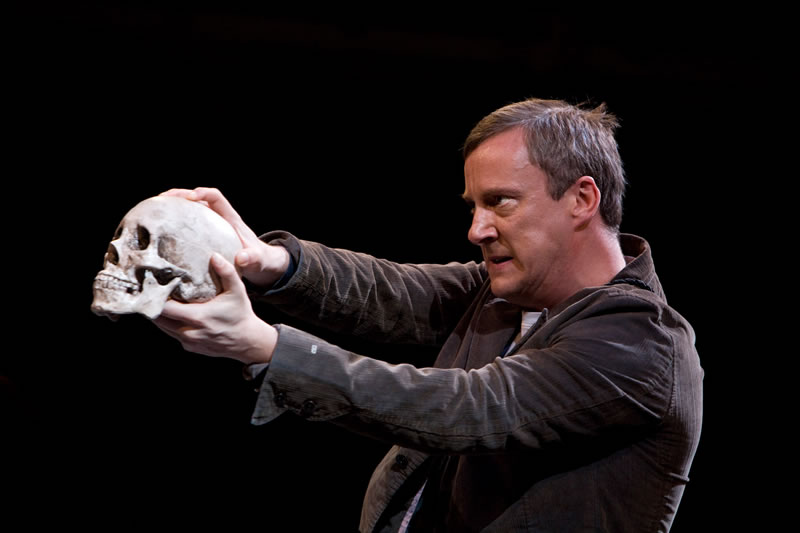 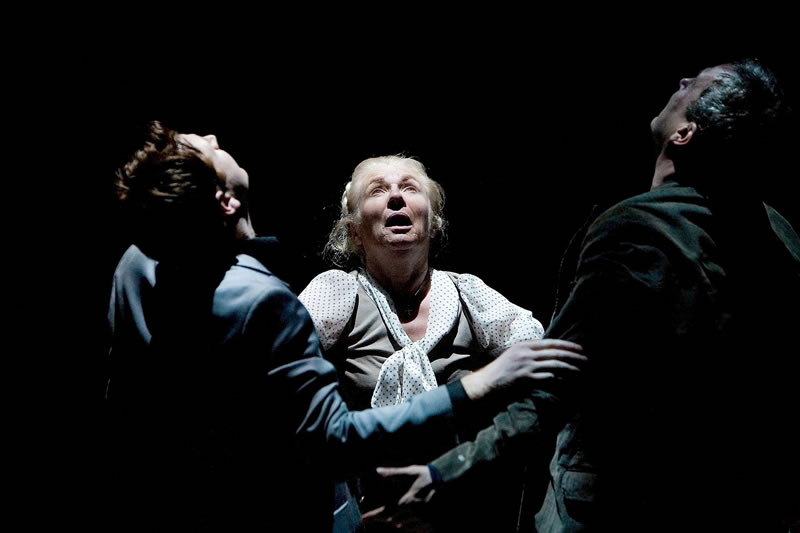 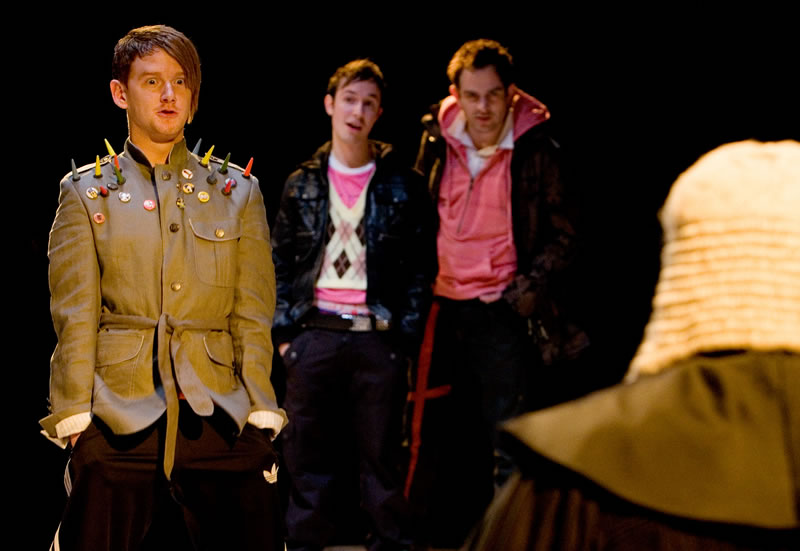 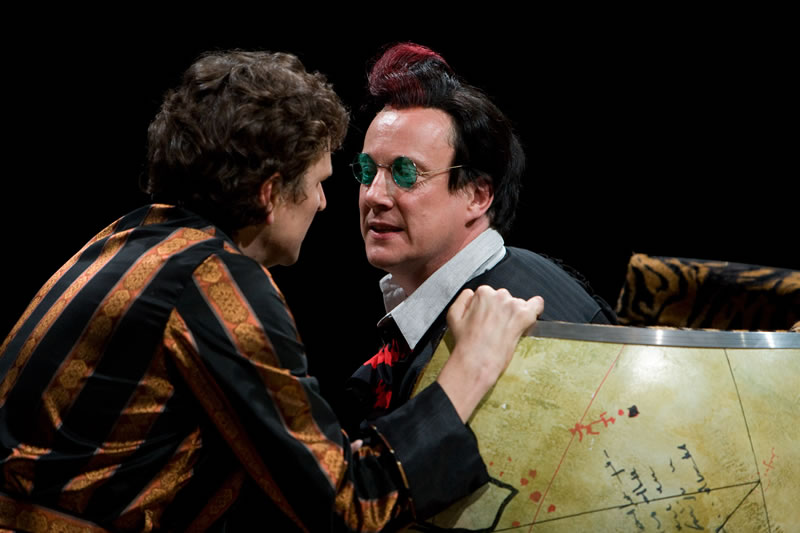 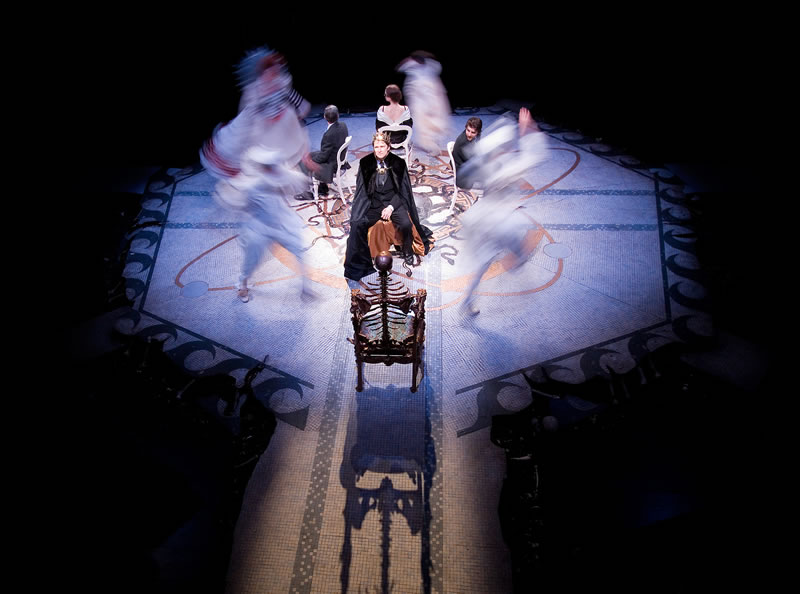 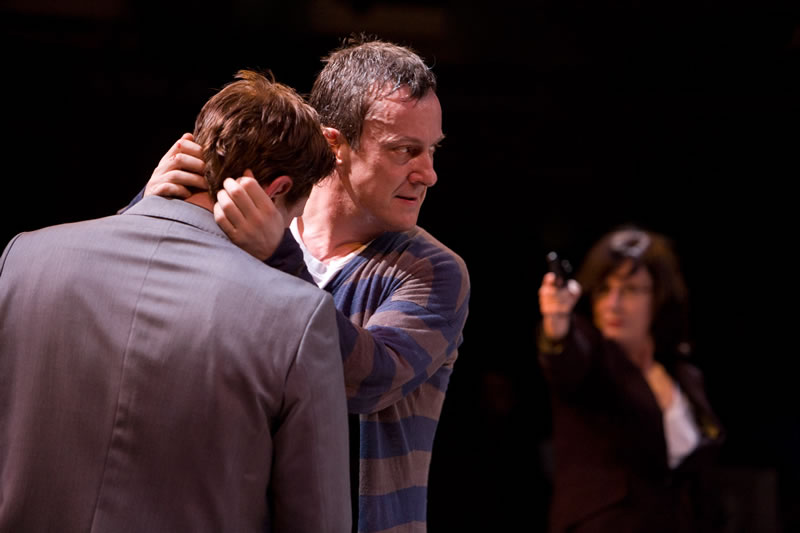 Critic's Choice - The Independent
Pick of the Week - Guardian Guide

"In Jonathan Moore's somewhat eecentric approach to the drama... applying a wickedly funny gloss to a contemporary slant, there's a brillianty funny undercurrent that will surely win this play new admirers.

If the national's production is anything like as compelling then theatre goers north and south will be in luck.

Moore is most succesful, apart from drawing some nuanced from a uniformly creative cast, is in tapping Stephen Tompkinson's vein of apparent melancoly. The vaudavillian hoofing to "The sun has got his hat on" is delightfully funny and nimbly accomplished.

In a production that rarely relaxes its grip, Revenge has seldom been sweeter."

"A clever danse macabre involving the dead duke to a rendition of 'The sun has got his hat on'."

"Moore understands that The Revenger's Tragedy is killingly funny, a play of mordant brooding wit that has the shock and thrill of a leering skeleton on a ghost train ride... a revival that proves there is still shocking life in this piece of Jacobean hardcore. ...Moore murders the play"

"Moore’s alienating, darkly comic version produced an unsettling drama... the Duchess’ cubs played an impromptu game of football with a head while humming the theme tune to 'Match of the Day'".

"Jonathan Moore's controversial production of this Jacobean tragedy. It's fast becoming known as the Marmite play - you either love it or loathe it... this stunning production."

"Tarantino meets Jacobean tragedy is a brief summary of Jonathan Moore's vibrant new production. Moore's brilliant conception supplies endless visual delights, from roses spiraling from the ceiling to a lascivious shower scene culminating in a murderous masque. This is a vividly exciting piece of theatre."

"Jonathan Moore's full blooded and relentless but witty and elegant production of The Revenger's Tragedy is almost certainly going to split and challenge audiences... splendidly fleet footed.. a bloody and all-encompassing dance of death. Yet it's also, in this terrific production, terrifyingly funny. The modern parallels are clearly drawn but not laboured, while it's also clear that the production has valuable things to say about grief and the values of love and loyalty. It's bloody good, in fact."

"A strong vision... Jonathan Moore's direction is accomplished and makes great use of the Exchange's distinctive performance space. This is an impressive production with powerful performances that make it well worth seeing."

"The involvement of Jonathan Moore brings the promise of an original production."

"If you want to enjoy an entertaining take on the immortal themes of corruption, revenge, love, lust and death then grab your cloak - and perhaps a stab proof vest and join the crowd."

"Director Jonathan Moore really deserves to be applauded for his take on the play which he has adapted into part black comedy, part thrill ride and part family drama. The humour is as dark as it gets... and the use of music is highly imaginative."

"Moore's use of dance music, rap and punk works brilliantly."

"Nothing can truly prepare you for the emotional impact. The Royal Exchange have rediscovered that adventurous spirit that was a hallmark of their productions in the eighties. This version (of the play) grips, disgusts and amuses. There's a rich vein of black comedy and director Jonathan Moore certainly brings it to the fore. His decision to transport it to the present day, complete with a pounding punk and dance music soundtrack has also paid dividends. Gripping stuff."